Shanghai: 30 October 2015 — The only problem category in which luxury car owners experience more problems with their vehicle than mass market vehicle owners is with their audio, communication, entertainment and navigation (ACEN) system, according to the J.D. Power 2015 China Initial Quality StudySM (IQS) released today.

Now in its 16th year, the study serves as the industry benchmark for new-vehicle quality by examining problems experienced by new-vehicle owners within the first two to six months of ownership in two distinct categories: design-related problems and defects and malfunctions. For 2015, the China IQS has been redesigned to include more specific diagnostic questions around eight problem categories: interior; exterior; engine/ transmission; driving experience; features/ controls/ displays; seats; audio/ communication/ entertainment/ navigation; and heating/ ventilation/ air conditioning. The overall initial quality score is determined by problems reported per 100 vehicles (PP100), with a lower number of problems indicating higher quality.

With the emergence and evolution of technology in new vehicles, owners of both luxury and mass market vehicles expect and demand increasing levels of functionality. Notably, ACEN is the only category in which owners of luxury vehicles experience more problems than owners of mass market vehicles. Additionally, the largest gap in the number of problems experienced by luxury car owners vs. mass market owners is 3 percentage points in the ACEN problem category (10% vs. 7%, respectively). According to the 2015 U.S. Initial Quality Study (IQS), 4 of the top 10 initial quality problems are in the ACEN category, which echoes the prevalence of this issue in that market also.

“As ACEN is incorporated into mass market vehicles, usage will increase and more problems will be reported. It is expected that the incidence of such design-related problems will surpass those related to defects and malfunctions,” said Dr. Mei Songlin, vice president and managing director at J.D. Power. “In the China market, it is critical for automakers to address problems with ACEN and other technologies now to reduce problems, increase satisfaction and foster loyalty with the brand.”

Dr. Songlin also noted that effective use of ACEN typically requires proper training. In many cases, first-time new-vehicle buyers are not familiar with such systems, and by showing them how the system works, dealers can help reduce related issues and improve satisfaction.

In total, 11 vehicle segments are eligible for awards in the 2015 China Initial Quality Study. Models receiving segment awards are:

The 2015 China Initial Quality Study (IQS) is based on evaluations from 21,707 owners of new vehicles purchased between October 2014 and June 2015. The study analyzes models in 21 vehicle segments and includes 270 different passenger-vehicle models from 71 different brands. The study was fielded from April to August 2015 in 57 major cities across China. 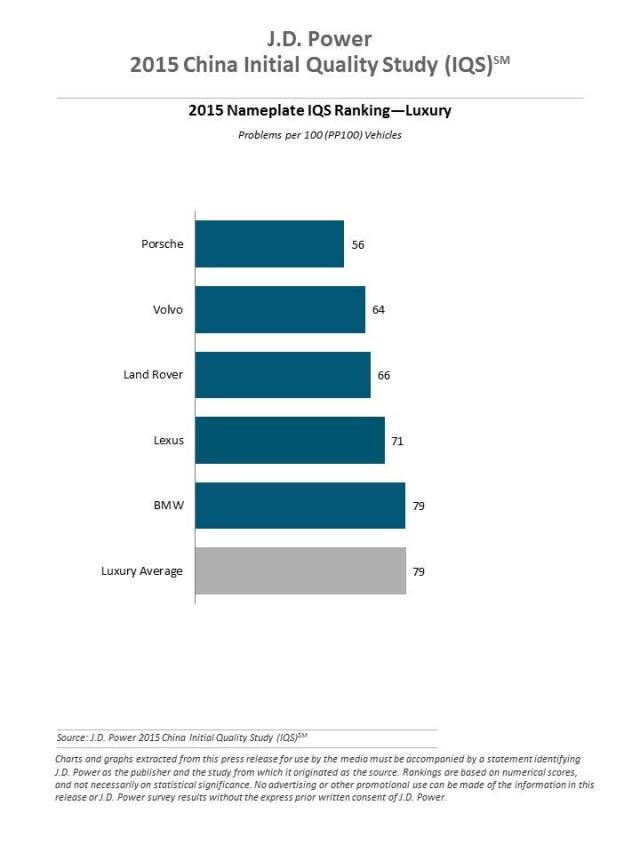 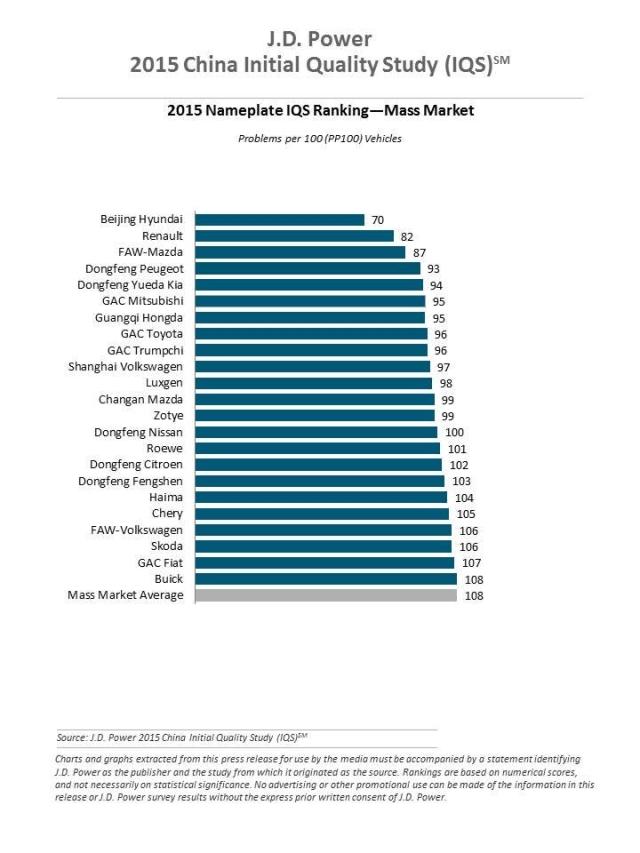 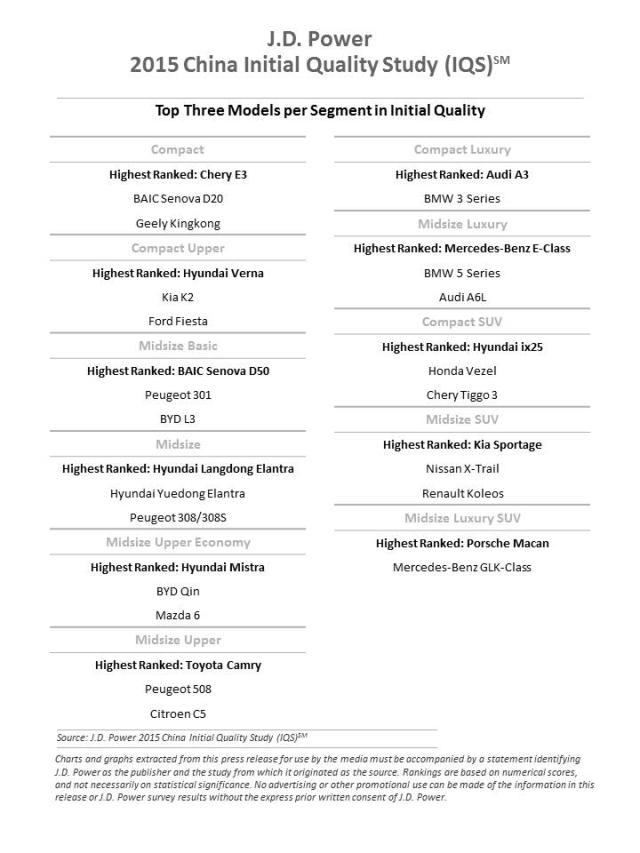