The J.D. Power 2020 Initial Quality Study (IQS),SM released today, takes an updated look at the problems owners are having with their new vehicles, including those related to new technologies. The iconic study, redesigned this year, measures components that fail and features that are difficult to use, hard to understand or don’t work the way owners want.

“The Initial Quality Study is the industry benchmark for new-vehicle quality and, year after year, automakers apply the insights they learn from consumers to make positive changes,” said Dave Sargent, vice president of automotive quality at J.D. Power. “The higher problem levels we see in this year’s study don’t mean vehicle quality has worsened; rather, the redesigned study asks additional questions that allow owners to cite more of the problems that they are experiencing.”

Following are key findings of the 2020 study:

“Initial quality is critical to the overall new-vehicle ownership experience,” Sargent said. “In the next few weeks we will complete the picture by providing results from the J.D. Power APEAL Study, which measures the positive experiences customers have from owning and driving their new vehicle, and the J.D. Power TXI Study, which measures how well automakers are introducing all-new technology into their vehicles. Successful manufacturers will examine all these areas as they strive to design and build even better vehicles.”

Dodge and Kia tie for highest in overall initial quality, each with a score of 136 PP100. Dodge is the first domestic brand in the study’s history to rank highest. This is the sixth consecutive year that Kia is the highest-ranked mass market brand. Chevrolet and Ram place third in a tie (each with 141 PP100). Genesis is the highest ranked premium brand for the fourth consecutive year in the study.

Other models that rank highest in their respective segments are Audi A3 and Jaguar E-Pace.

“The fact that the top plants in each region are outside of the traditional areas of the U.S., Canada, Germany, Japan and Korea is a sign of just how global the auto industry has become,” Betts said. “China and Turkey have been represented in the study for less than 10 years, so to say this achievement is impressive is an understatement.”

The 2020 U.S. Initial Quality Study is based on responses from 87,282 purchasers and lessees of new 2020 model-year vehicles who were surveyed after 90 days of ownership. The study, which provides manufacturers with information to facilitate the identification of problems and drive product improvement, was fielded from February through May 2020.

The 2020 redesign marks the fifth generation of the study, which is now based on a 223-question battery organized into nine vehicle categories: infotainment; features, controls and displays; exterior; driving assistance (new for 2020); interior; powertrain; seats; driving experience; and climate.

Find detailed information on vehicle quality, as well as model photos and specs, at jdpower.com/quality. 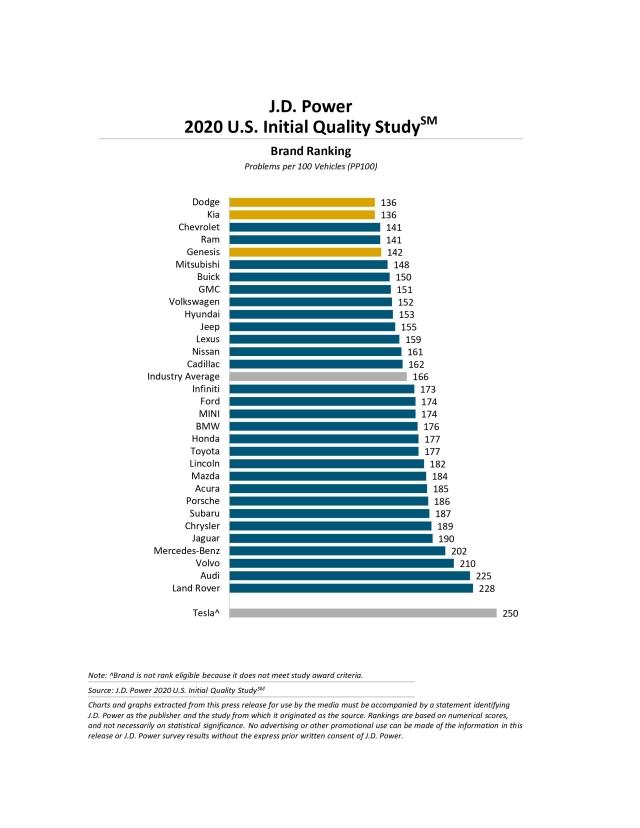 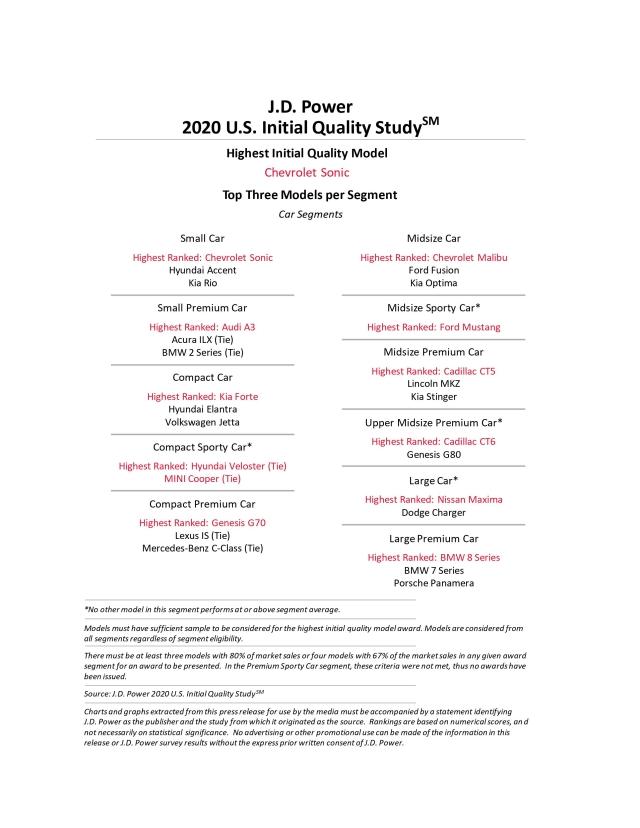 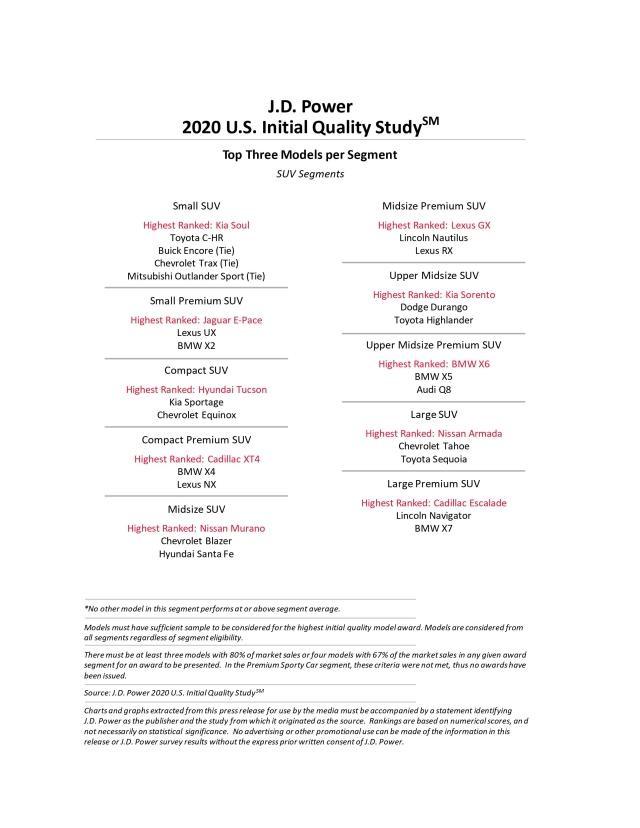 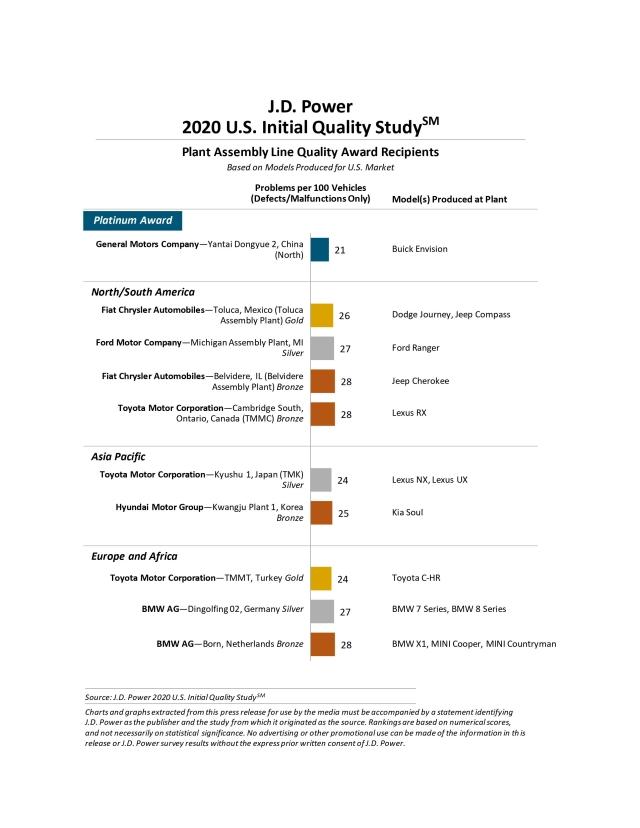