Interpretation of Tesla by JD Power: a lot of "slot points" but still the love of car owners

Shanghai, June 14, 2017 -The highly anticipated Tesla Model 3 will be put into production in the middle of this year, and it is expected to be delivered in North America, Europe and Asia-Pacific regions in succession from mid-2018. As the media and consumer attention to Tesla has increased year by year, automakers and suppliers have to have a deep understanding of the brand. JD Power has officially released a report in Chinese and English for Tesla owners to investigate the true feelings of Tesla owners and reveal the advantages and disadvantages of Tesla models.

In many ways, Tesla is still a niche brand, and the current models are only suitable for wealthy consumers, and these consumers are enthusiastic about Tesla's brand and products. Tesla's relatively expensive price and long time to pick up the car are enough to give the owner a little pride, and subconsciously reject all criticisms and doubts about Tesla. After all, when consumers put too much into an item, it is often difficult to admit that it is flawed.

In addition, the brand itself is highly idealized, especially for car owners who are “tech fans”. Some people claim that Tesla's Model S and Model X are models designed around computers. This new concept is upending the entire automotive industry. The OTA updates around almost all aspects of the vehicle (from the power system to the way the driver interacts with the air conditioning system) really make these models feel like future cars. How can we blame Tesla in this era of "technical immediate satisfaction"?

"JD Power has always been about delivering a fair 'Voice of Customers'. If we don't treat Tesla with doting like the first batch of Tesla owners, the flaws we see may be more obvious. "Mr. Cai Ming, General Manager of JD Power China Automotive Products Division, said.

The reason why JD Power specializes in conducting research around Tesla's single brand is because Tesla's limited sample of car owners is insufficient to enter JD Power's annual new car quality research SM (IQS) and automotive performance, operation and design research SM (APEAL) Annual ranking. In general, this research around Tesla has obtained a lot of directional data, which can help all parties to have a deeper understanding of the relationship and dependence between Tesla's car product quality and Tesla owners' emotional attitudes. .

From the exterior to the interior, Tesla is almost a "slot point" everywhere

According to the survey of car owners, the most obvious flaws of Tesla Model X and Model S are the overall manufacturing quality and material durability. Although the price of Model S and Model X is far more than 140,000 US dollars (estimated value), the problems of low body joint standards, poor interior quality, damaged decorative parts and overall non-fitting are surprising, not to mention Said the low quality and abnormal sound of the door. Model X Eagle Wing Gate is even more controversial.

The performance inside the vehicle is also disappointing, completely unable to arouse consumers' urge to throw a six-figure dollar for it. According to the owner's feedback, the quality of the materials used in the vehicle is unqualified, and within the minimum mileage, the interior materials of Model X and Model S have obvious wear and stains, and the buttons and covers in some areas have come off. Coupled with improper ergonomic design and unreasonable internal storage planning, and lack of flexibility seats (especially obvious for Model X), people feel that the power system is the only incentive to buy these models.

Perhaps the idea of ​​a "computer on wheels" is enough to attract those with high incomes who are willing to ignore these "beauty" defects. But the fact is that in the market segment where Tesla is located, the overall quality of the vehicle is also not competitive. When compared directly with the exterior appearance and interior quality of BMW, Mercedes-Benz and Audi, Tesla is simply not a rival. In addition, Tesla is also extremely lack of attention to detail.

This may prove the fact that Tesla is essentially contrary to most mature brands. Tesla has been constantly updating the software system to make its already very advanced power plant and excellent infotainment system more perfect. In contrast, the car body is just manufactured to house the housing of this ecosystem.

On the other hand, Tesla ’s direct competitors in the field of luxury cars have been continuously improving the applicability and perfection of vehicles for decades (from meticulous top cover accessories to rationally arranged cup holders) to improve overall driving quality Such as steering sensation and reducing noise, vibration and unevenness). However, these traditional car companies are still far behind Tesla in terms of human-machine interface.

" Tesla also needs to improve its competitiveness in terms of 'tangible quality' as defined by JD Power." Cai Ming said. Fortunately, existing Tesla owners are more patient and tolerant. However, it must be recognized that when the Model 3 is launched, Tesla will open a new era. Model 3 is priced at about 35,000 US dollars, only 1/4 of Model X and Model S, and its potential car owners are about 400,000. The needs and feedback of these people will be more diversified. With regard to quality issues, these consumers may no longer be as tolerant as previous Tesla owners. "So the next question will become: Can Tesla deliver the vehicle on time or postpone it again? Can it become a real player in the mainstream market? Will the Model 3 overcome the shortcomings of previous models? "

In any case, Tesla is now a force that cannot be ignored. Despite some minor problems in the early days, sensible auto engine manufacturers should realize that the innovation potential released by Tesla in such a short period of time is unlikely to fade. The more diverse Tesla's product portfolio, the more adaptable it is. With the successive launch of Model 3, Model Y and all-electric pickups, this adaptability may make some competitors caught off guard.

The main goal of this report is to provide the industry with the "customer voice" insights of Tesla owners on the experience of non-traditional OEM brands. The report uses a multi-level method to conduct an in-depth study of Tesla's brand performance: In the basic research part of the report, JD Power analyzed the performance of the Tesla brand in car quality research; second, the investigators conducted a survey of existing Tesla owners A detailed focus group interview was conducted to understand their reasons for car purchase, improvement expectations, and future car purchase trends. Finally, JD Power expert consultants conducted a thorough vehicle evaluation of Model S and Model X to reveal the possibility of the problems mentioned by customers Reasons and drivers of satisfaction.

JD Power is a global leader in consumer insight, market research and consulting, data and analysis services. The company was founded in 1968 and its Asia-Pacific headquarters is located in Shanghai, China, with offices in Beijing, Tokyo, Singapore, Kuala Lumpur and Bangkok. For more information, please visit china.jdpower.com, or follow JD Power's official WeChat and Weibo in China. 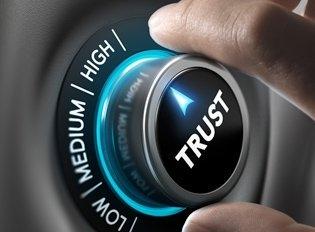