“In addition to filling the fuel tank, carefully designed sales and delivery processes are often very helpful in terms of improving satisfaction,” said Frank Hu, general manager of auto retail at J.D. Power China. “The key is to provide individualized services. A lot of processes in sales and delivery cost very little but have a huge effect on customer satisfaction. For example, overall satisfaction among buyers increases when they are introduced to service personnel at delivery. Following up with customers post-delivery also is a low-cost, high-benefit strategy.”

The study also finds that fewer new-vehicle buyers have determined in advance of shopping what brand they will purchase and buyers are also shopping more brands than in the past. When new-vehicle buyers first begin the shopping process, 70% already know the brand or model they want to purchase, down from 78% in 2016. On average, customers considered 2.3 brands in 2017, compared with 1.8 last year.

Following are some other study findings:

The 2017 China Sales Satisfaction Index (SSI) Study is based on responses from 23,815 vehicle owners in 67 cities who purchased their new vehicle between May 2016 and March 2017. The study was fielded from November 2016 through May 2017.

J.D. Power is a global leader in consumer insights, advisory services and data and analytics. Those capabilities enable J.D. Power to help its clients drive customer satisfaction, growth and profitability. Established in 1968, J.D. Power is headquartered in Costa Mesa, California, and has offices in Shanghai, Beijing, Tokyo, Singapore, Malaysia and Bangkok serving the Asia Pacific region. J.D. Power is a portfolio company of XIO Group, a global alternative investments firm headquartered in London, and is led by its four founders: Athene Li, Joseph Pacini, Murphy Qiao and Carsten Geyer. For more information, please visit china.jdpower.com or stay connected with us on J.D. Power WeChat and Weibo. 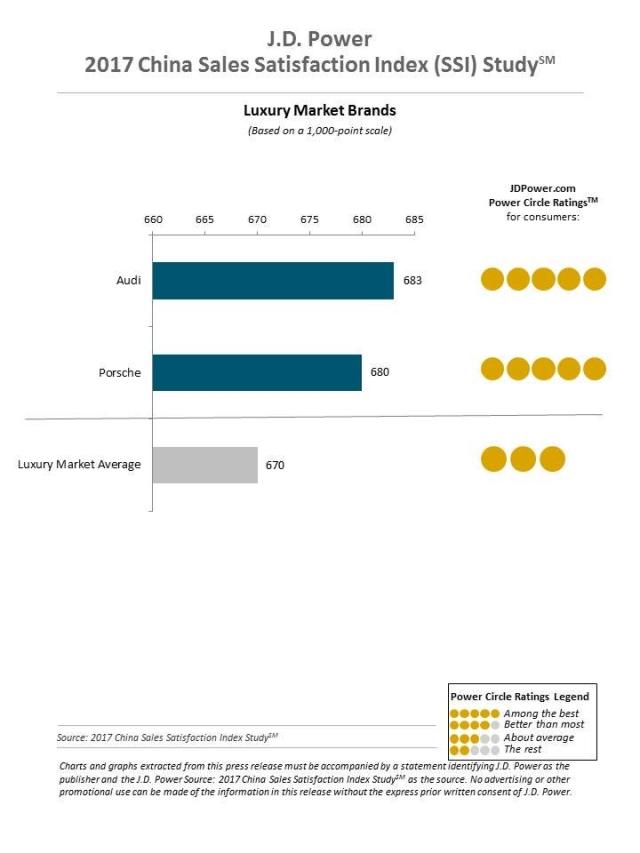 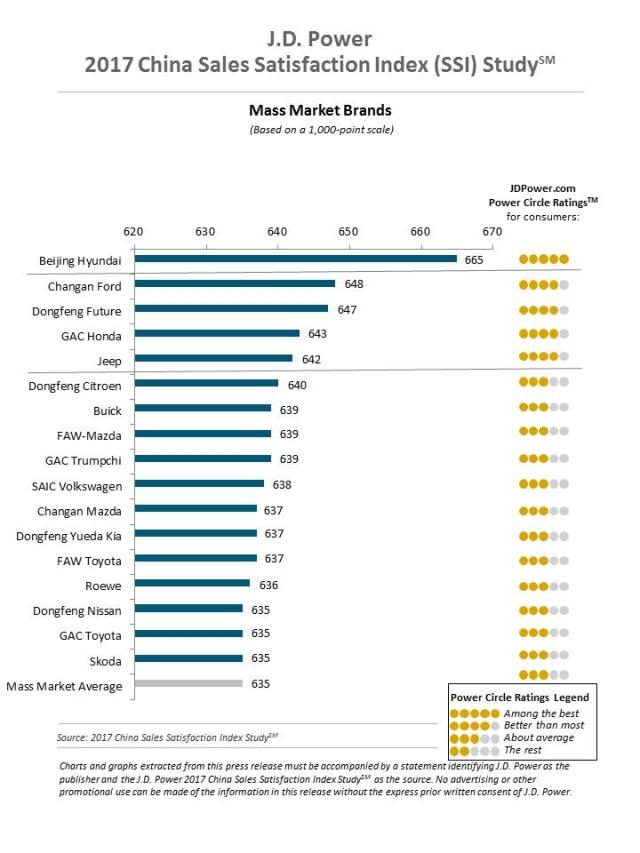