BEIJING: 27 Sept. 2018 – New-vehicle quality in China has slightly decreased after years of continuous improvement, but the new-car smell, which has long been the top complaint by vehicle owners in China, has substantially improved, according to the J.D. Power 2018 China Initial Quality StudySM (IQS), released today.

The study, now in its 19th year, measures new-vehicle quality by examining problems experienced by new-vehicle owners within the first two to six months of ownership in eight problem categories. The overall initial quality score is determined by problems reported per 100 vehicles (PP100), with a lower number of problems indicating higher quality.

After years of significant progress in new-vehicle quality, the industry initial quality in 2018 is 2 PP100 higher than in 2017, with a score of 105 PP100. The decrease is a result of an increase in design problems such as navigation system inaccurate; windows fog up excessively/ don’t clear quickly; built-in Bluetooth mobile phone/ device has frequent pairing/ connectivity issues; audio system difficult to use; and built-in voice recognition frequently doesn't recognize.

However, there has been a notable improvement in historically Chinese-specific issues such as unpleasant interior smell (improvement of 4.8 PP100 from 2017), followed by excessive road noise (3.6 PP100); engine loses power when air conditioning is on (2.7 PP100); excessive wind noise (2 PP100); and excessive fuel consumption (1.9 PP100).

“It’s a good sign that the Voice of the Customer is increasingly making an impact and being heard. We are glad to see most automotive manufacturers in China have begun to recognize those Chinese-specific problems raised by consumers and have been trying to improve them,” said Jeff Cai, General Manager of Auto Product, J.D. Power China.

The 2018 China Initial Quality Study is based on responses from 33,404 vehicle owners who purchased their cars between June 2017 and May 2018. The study includes 285 passenger-vehicle models from 77 different brands. The study was fielded from December 2017 through July 2018 in 71 major cities across China.

J.D. Power is a global leader in consumer insights, advisory services and data and analytics. Those capabilities enable J.D. Power to help its clients drive customer satisfaction, growth and profitability. Established in 1968, J.D. Power is headquartered in Costa Mesa, California, and has offices in Shanghai, Beijing, Tokyo, Singapore, and Bangkok serving the Asia Pacific region. J.D. Power is a portfolio company of XIO Group, a global alternative investments firm headquartered in London, and is led by its four founders: Athene Li, Joseph Pacini, Murphy Qiao and Carsten Geyer. For more information, please visit china.jdpower.com or stay connected with us on J.D. Power WeChat and  Weibo. 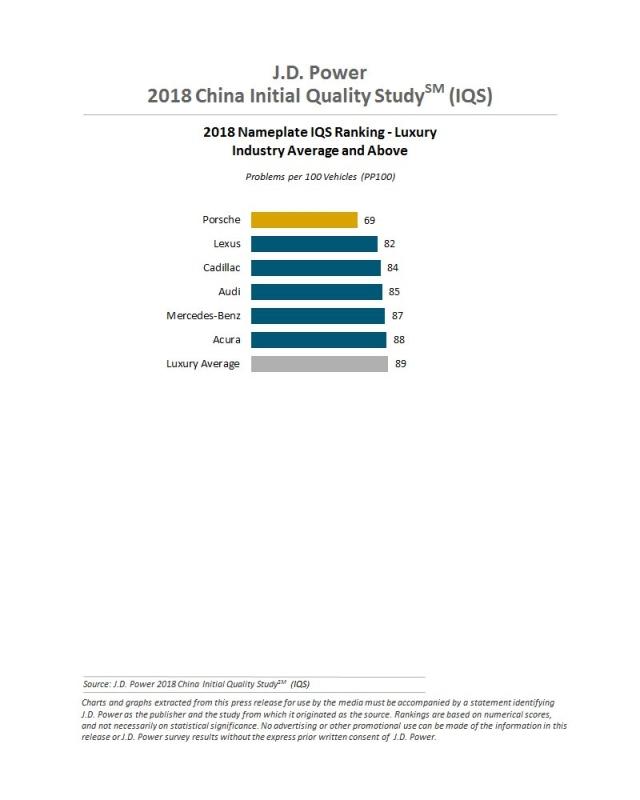 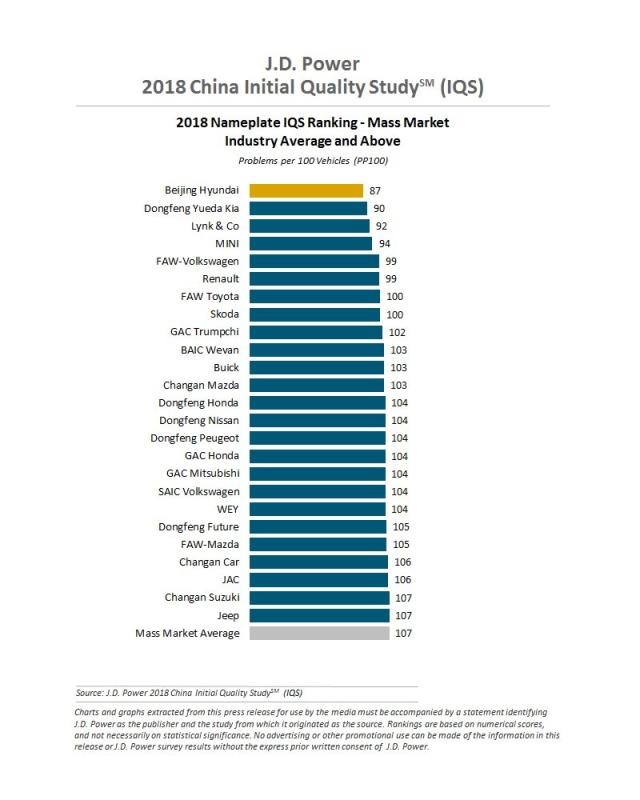 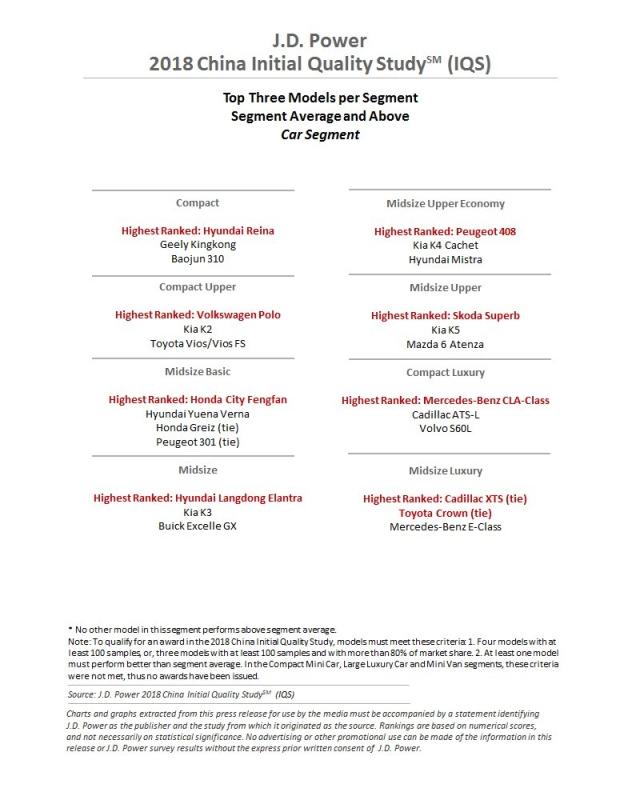 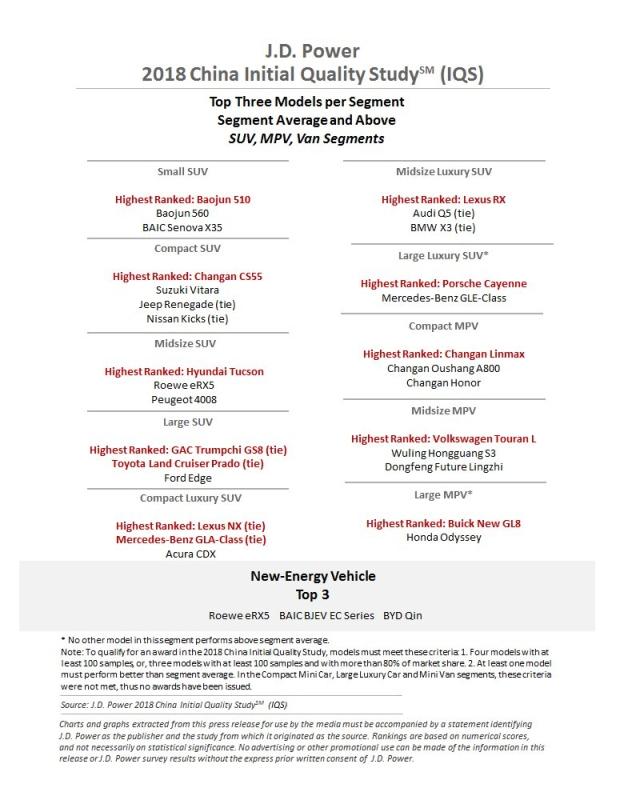