SHANGHAI: 31 Oct. 2018 – The gap between Chinese domestic auto brands and international brands in new-vehicle performance and design has narrowed for the third consecutive year, with ACEN continuing to contribute the most to the gap, according to the J.D. Power 2018 China Automotive Performance, Execution and Layout (APEAL) Study,SM released today.

Since 2016, domestic brands have made stable progress in the Audio/ Communication/ Entertainment/ Navigation (ACEN) category, with the performance gap between domestic brands and international mass market brands narrowing 6 points (on a 1,000-point scale). Audio system and basic navigation features have both improved significantly; however, their performance still lags more than the other categories, contributing the most to the total APEAL index (21.9%) this year. This demonstrates the importance of the ACEN category in driving overall APEAL satisfaction in the automotive market in China.

“It’s getting harder to satisfy consumers in China with sensory features as they are increasingly sensitive to ‘soft quality’ issues, which means that improving ACEN features that have broad capabilities will likely bring a huge opportunity for manufacturers in an increasingly competitive market,” said Edward Wang, Research Director at J.D. Power China. “Both conventional automakers and new-energy vehicle manufacturers need to put more effort into improving the ACEN category to gain a competitive edge in a slowing environment.”

The study, now in its 16th year, is based on evaluations from 33,404 owners of new vehicles within the first two to six months of ownership. The study analyzes models in 21 vehicle segments and includes 285 different passenger-vehicle models from 77 different brands. The field work was conducted from December 2017 through July 2018 in 71 major cities across China.

J.D. Power is a global leader in consumer insights, advisory services and data and analytics. Those capabilities enable J.D. Power to help its clients drive customer satisfaction, growth and profitability. Established in 1968, J.D. Power is headquartered in Costa Mesa, California, and has offices in Shanghai, Beijing, Tokyo, Singapore, Malaysia and Bangkok serving the Asia Pacific region. J.D. Power is a portfolio company of XIO Group, a global alternative investments firm headquartered in London, and is led by its four founders: Athene Li, Joseph Pacini, Murphy Qiao and Carsten Geyer. For more information, please visit china.jdpower.com or stay connected with us on J.D. Power WeChat and Weibo. 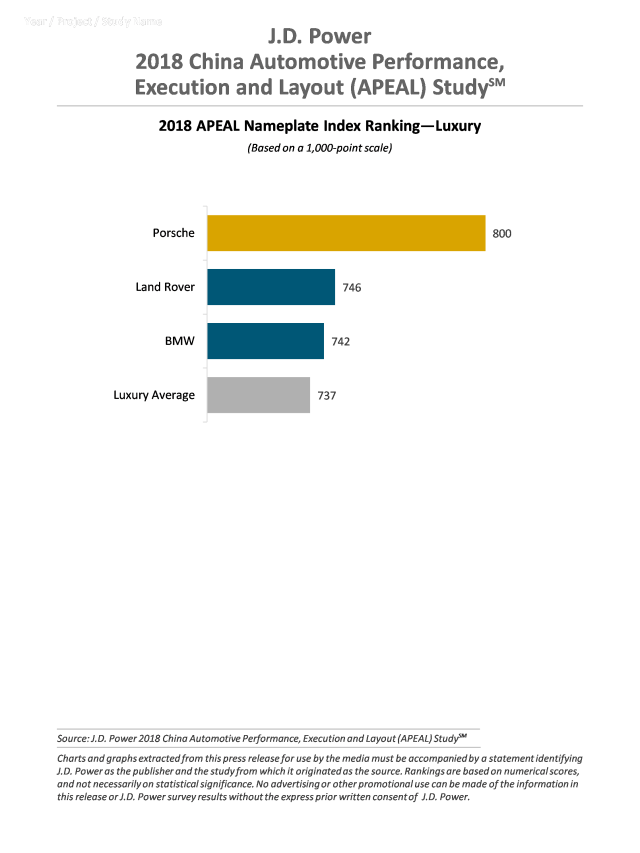 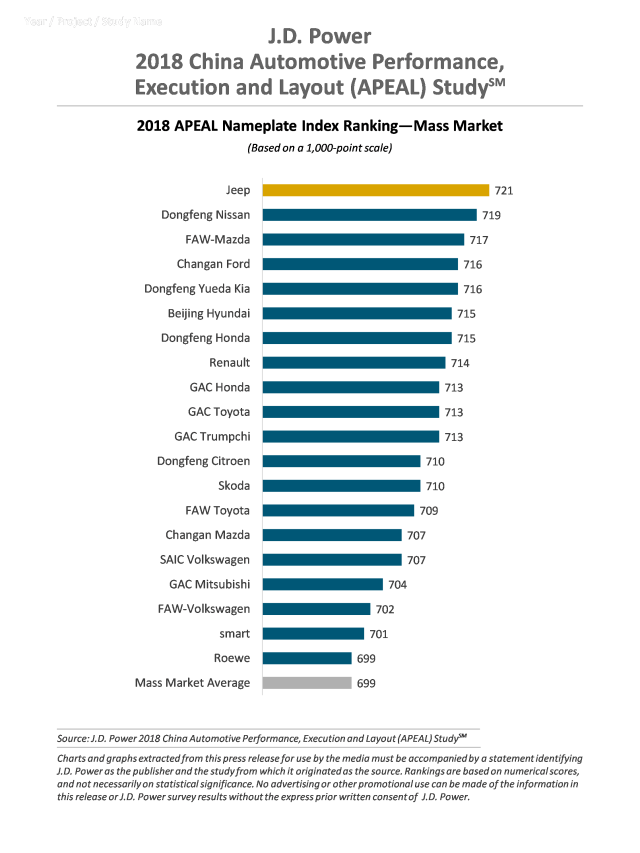 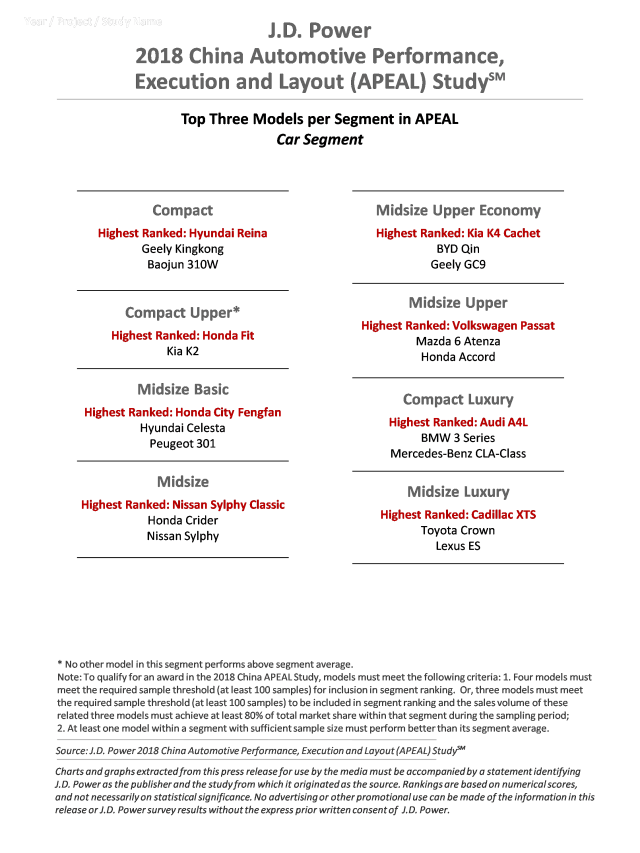 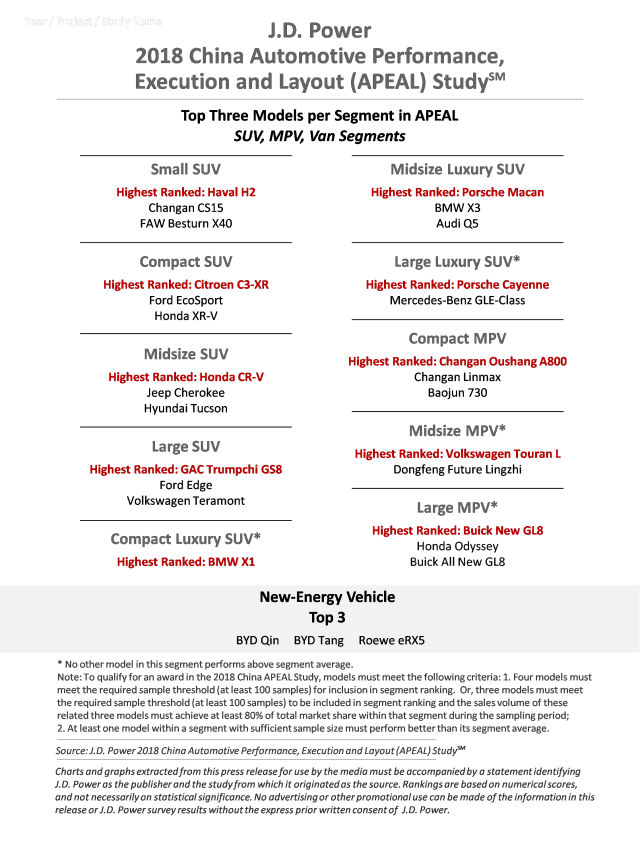