Tire Manufacturers Have Much to Gain by Educating Chinese Vehicle Owners

SHANGHAI: 15 August 2016 — A large proportion of owners know very little about the tires that come equipped on their new vehicle, which significantly impacts satisfaction and loyalty, according to the J.D. Power 2016 China New-Vehicle Tire Satisfaction Index (NV-TSI) Study,SM released today.

The study, now in its fifth year, measures satisfaction among new-vehicle tire owners during the first 12 to 36 months of ownership based on four factors: appearance; durability; ride; and traction/ handling. Owners evaluate the brand of tires they have on their vehicle. The study includes four vehicle segments: luxury car; mass market car; SUV; and MPV/ mini van. Satisfaction is calculated on a 1,000-point scale.

“Since tires are the most frequently replaced components on vehicles, tire manufacturers should develop a more effective and proactive branding strategy to improve brand awareness and brand image among their customers,” said Jeff Cai, general manager, auto product and quality at J.D. Power China. “Manufacturers of original equipment tires need to make their brands the obvious choice when consumers make the decision to replace their tires. Moreover, building brand loyalty can protect them against lower-priced competitors.”

Goodyear ranks highest in the luxury car segment for a third consecutive year, with a score of 759. Michelin ranks second (736).

Nexen ranks highest in the mass market car segment for a second consecutive year, with a score of 742.

Goodyear ranks highest in the SUV segment for a third consecutive year, with a score of 738. Michelin ranks second (727) and Pirelli third (698).

Maxxis ranks highest in the MPV/ mini van segment for a third consecutive year, with a score of 658. Giti ranks second (640).

The 2016 China New-Vehicle Tire Satisfaction Index Study is based on responses from 16,010 vehicle owners who purchased their vehicle between October 2012 and May 2015 and examines 37 tire brands.  The study was fielded from October 2015 through May 2016 in 57 major cities in China.

About J.D. Power in the Asia Pacific Region

J.D. Power has offices in Tokyo, Singapore, Beijing, Shanghai, Malaysia and Bangkok that conduct customer satisfaction research and provide consulting services in the automotive, information technology and finance industries in the Asia Pacific region. Together, the six offices bring the language of customer satisfaction to consumers and businesses in Australia, China, India, Indonesia, Japan, Malaysia, Philippines, Taiwan, Thailand and Vietnam. Information regarding J.D. Power and its products can be accessed through the Internet at www.asean-oceania.jdpower.com. 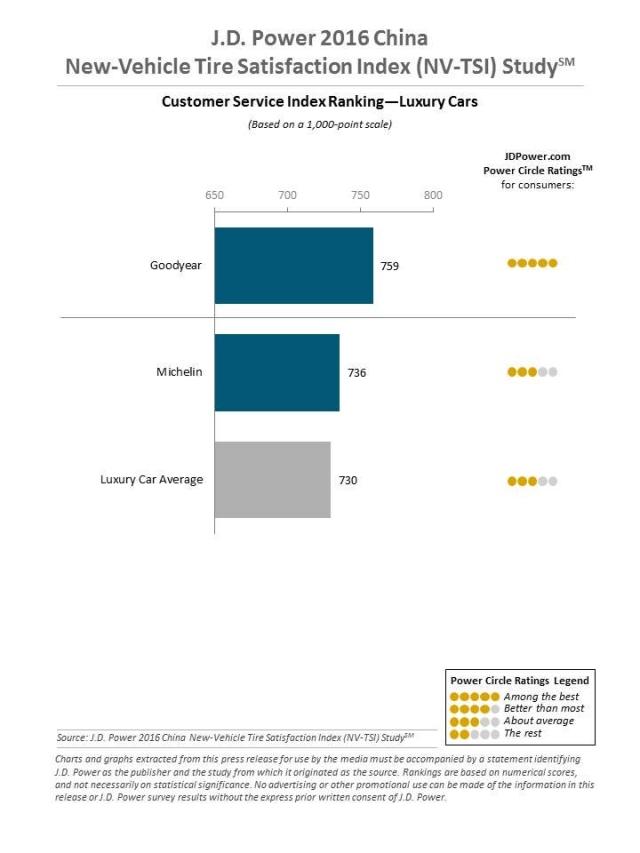 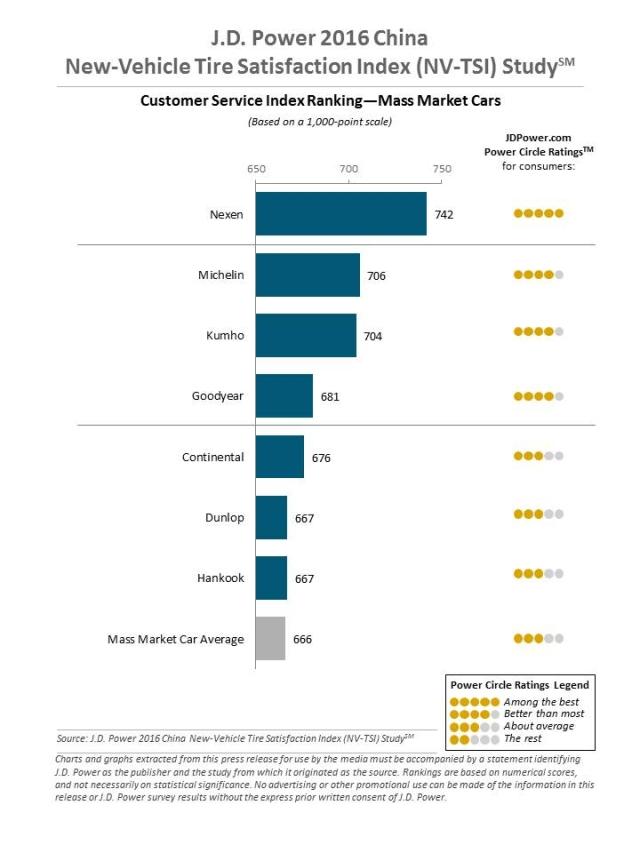 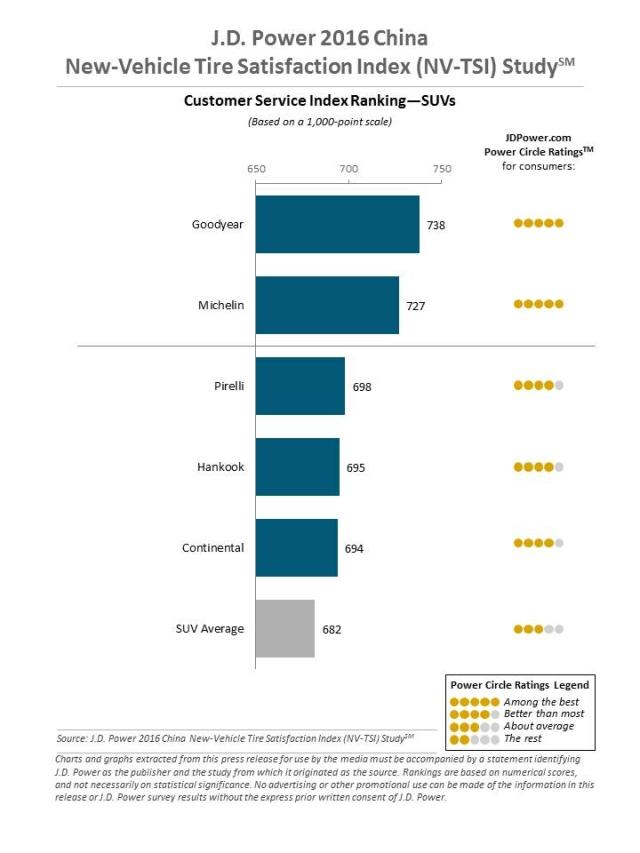 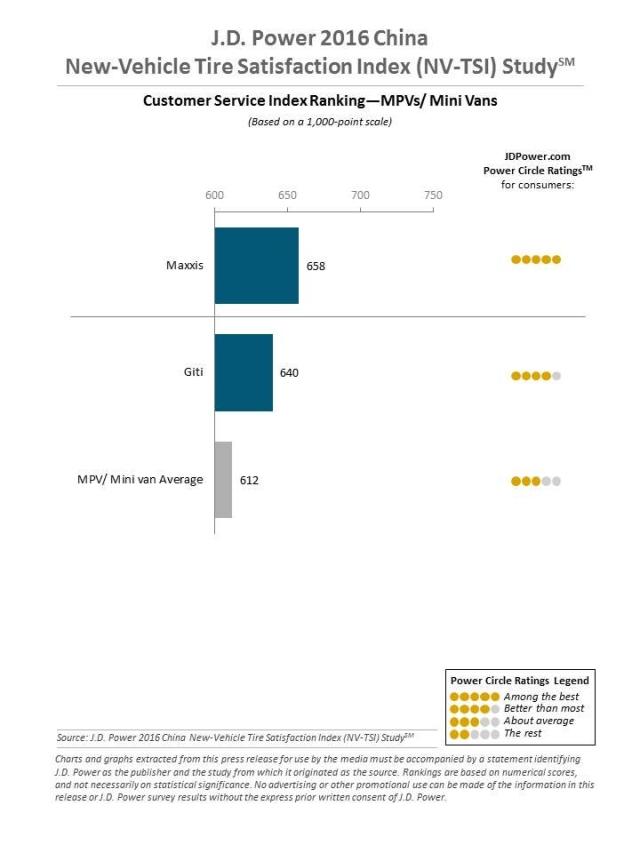