“Small vehicles are taking the lead in overall quality improvement,” said Jeff Cai, general manager, auto product and quality at J.D. Power China. “The market is evolving into a more mature one. In the past, small vehicles, typically with lower prices, had low quality. But this year, the small and other low-price cars have improved significantly. With outstanding quality and continuous improvements, automakers will be better positioned to gain customers’ trust and loyalty in the long run.”

The 2016 China Initial Quality Study is based on evaluations from 21,706 owners of new vehicles purchased from September 2015 and May 2016. The study includes 145 different models from 54 different brands. The study was fielded from March 2016 through July 2016 in 62 major cities across China. 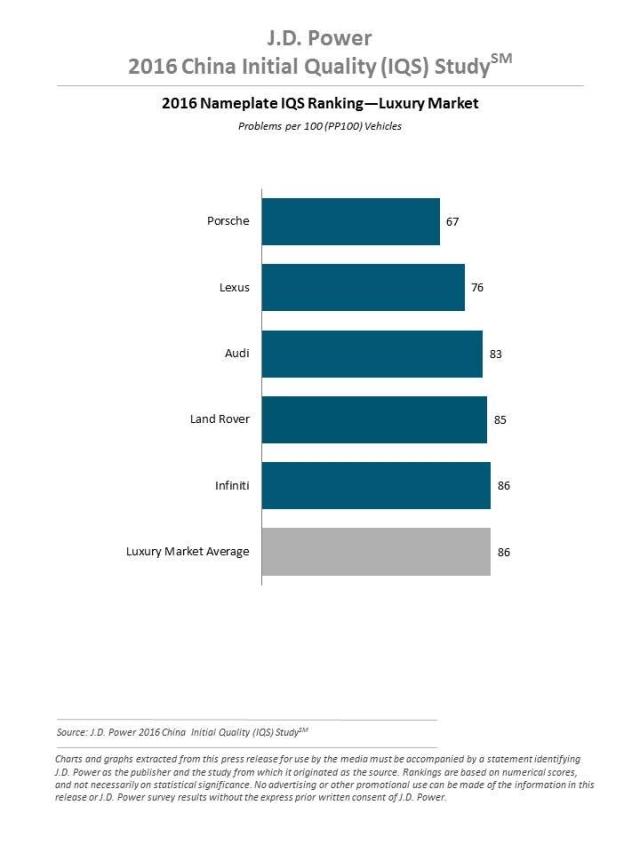 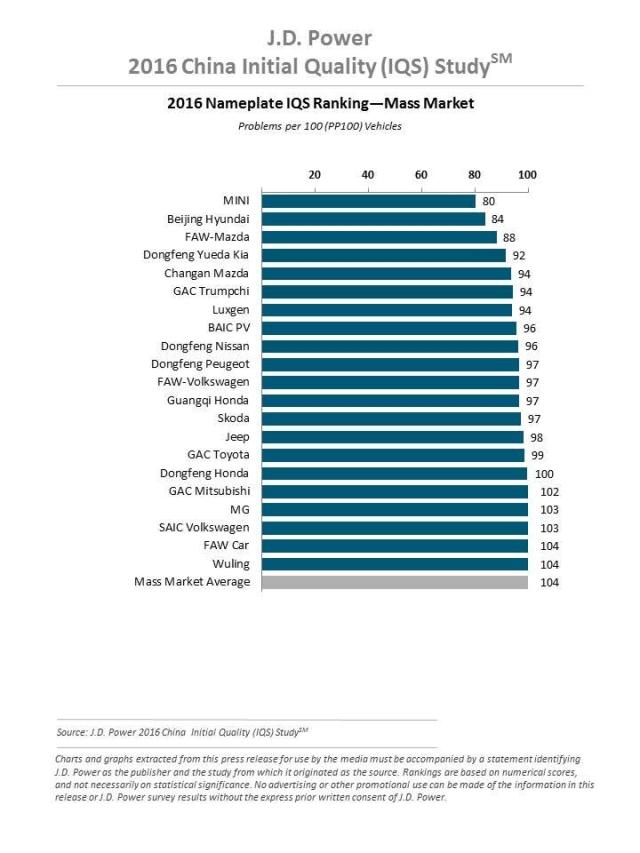 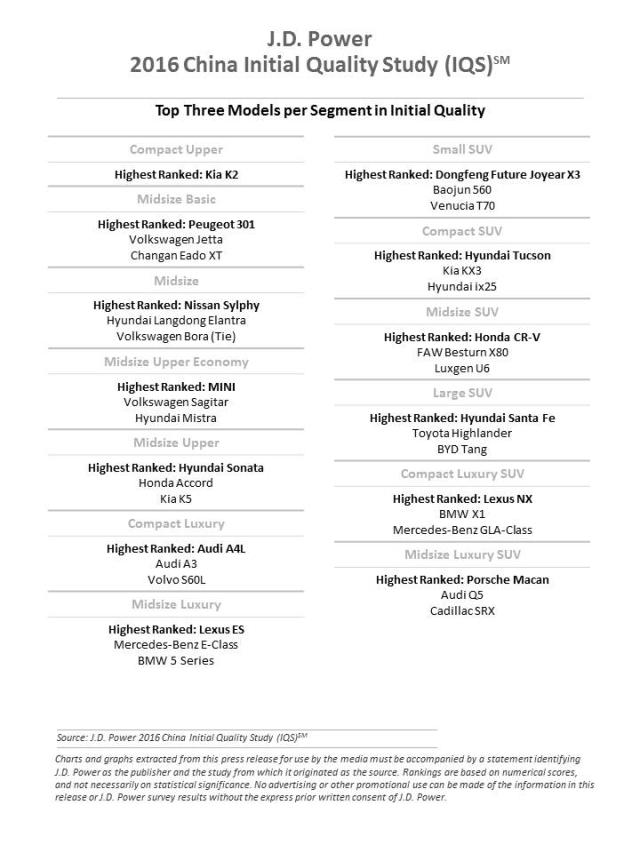