The study, now in its fourth year, measures satisfaction among new-vehicle tire owners during the first 12 to 36 months of ownership based on four factors: appearance; durability; ride; and traction/ handling. Owners evaluate the brand of tires they have on their vehicle. The study includes four vehicle model segments: luxury car; mass market car; SUV; and MPV/mini van. Satisfaction is calculated on a 1,000-point scale.

This is the first year since 2012 that the service station category loses its dominant position in the marketplace to tire and automobile dealers in both repairing and replacing tires. This change is due in part to the upgraded strategy of tire manufactures to develop chain service stores. For example, Michelin’s first service store, called TyrePlus[1], opened in China in 2002. By July 2013, the number of stores had reached 850, and through aggressive expansion, the total reached more than 1,000 by May 2014, covering 56 percent of the five tier cities in China. This trend suggests that vehicle owners value the professional services of a tire and automobile dealer.

Nearly one-third (31%) of new-vehicle owners report tire problems during their ownership in 2015. As the number of problems increase, owner satisfaction decreases. Among owners who experience no problems with their tires, satisfaction averages 630 and repurchase and recommendation rates are 32 percent and 20 percent, respectively. However, among owners who experience three tire problems, satisfaction declines significantly (585), as do repurchase and recommendation rates (19% and 10%, respectively).

“Satisfaction significantly impacts where owners choose to take their vehicle for tire replacement,” said Dr. Mei Songlin, vice president and managing director at J.D. Power China. “Consumers don’t typically have a choice of which tires come on their new vehicle, but they are the most frequently replaced components on vehicles during the ownership period. It is critical that tire manufacturers identify the issues that undermine customer satisfaction with their tire and service experience. Addressing these challenges and instituting performance metrics to improve the customer experience can help secure market share and brand loyalty.”

Goodyear ranks highest in the luxury car segment for a second consecutive year, with a score of 698.

Nexen ranks highest in the mass market car segment, with a score of 698.

Goodyear ranks highest in the SUV segment for a second consecutive year, with a score of 691.

Maxxis ranks highest in the MPV/ mini van segment for a second consecutive year, with a score of 636. 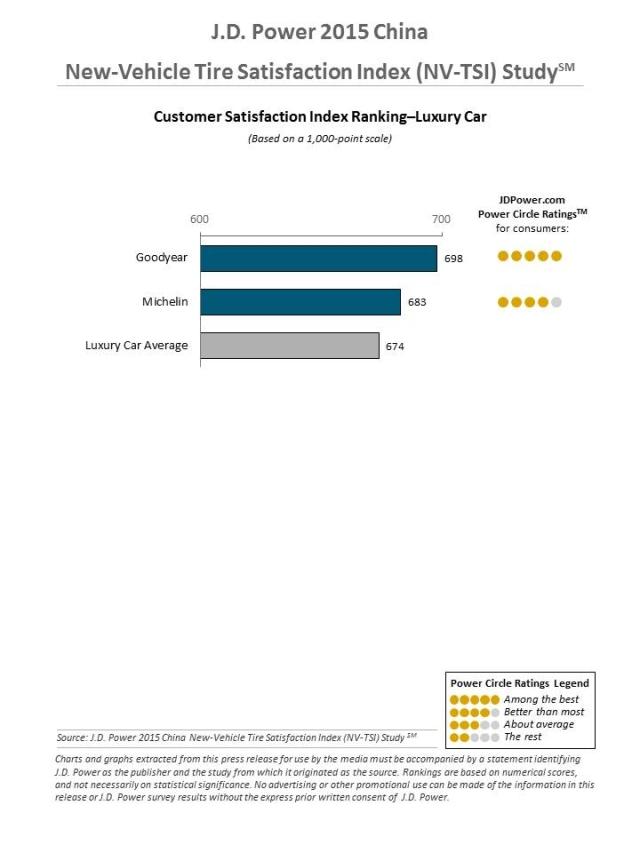 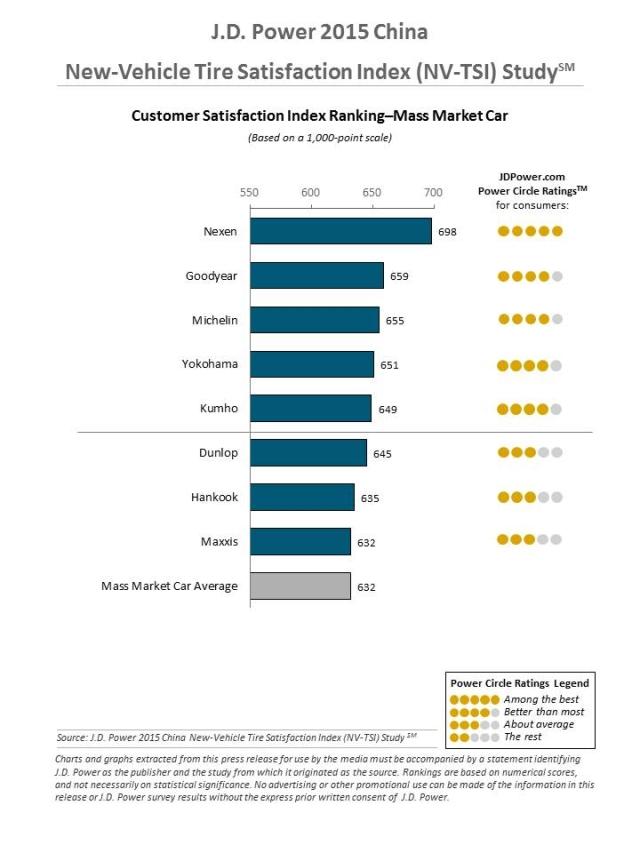 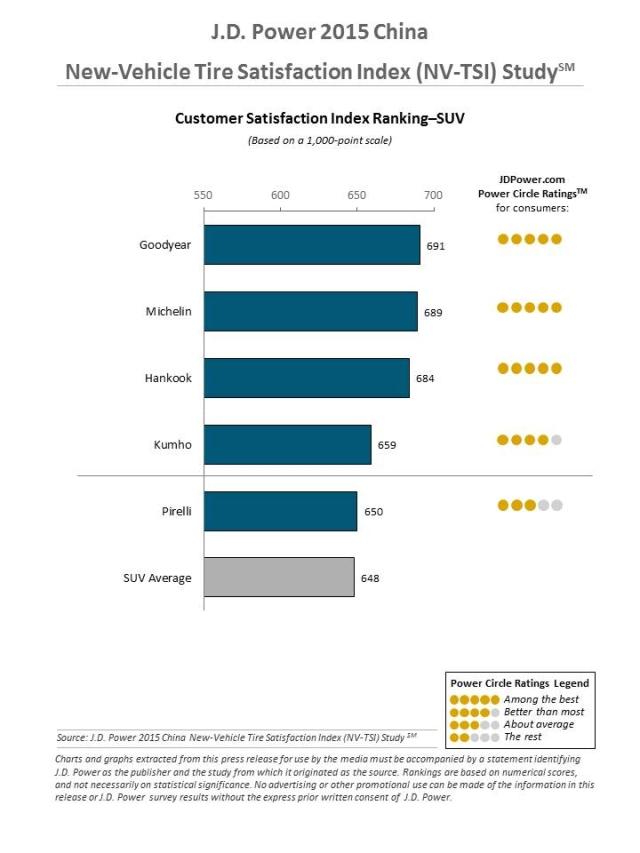 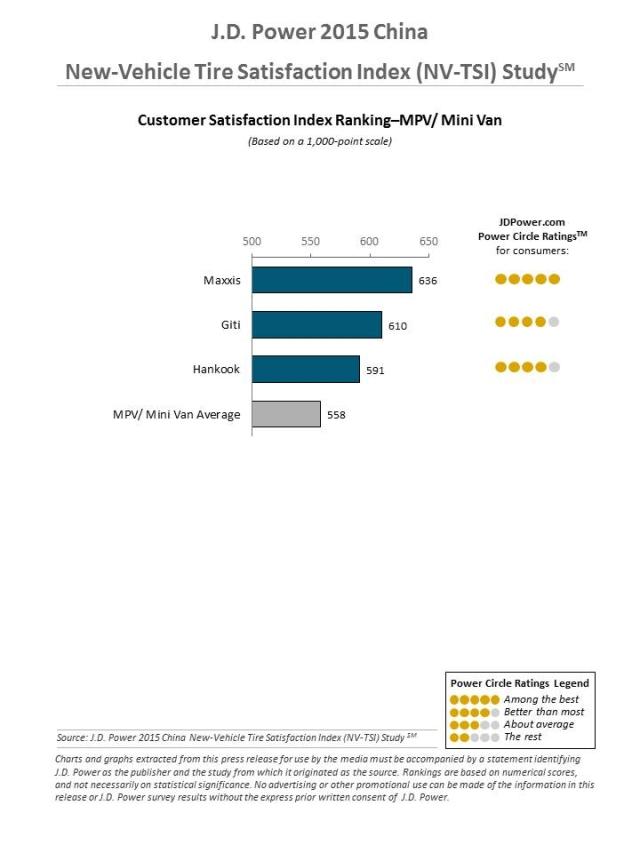