Shanghai: 31 July 2015 — The average amount of customer spending at authorized dealers has plunged to its lowest level since 2012 in both the luxury and mass market segments, according to the J.D. Power 2015 China Customer Service Index (CSI) Study.SM

The study, now in its 15th year, measures satisfaction among vehicle owners who have owned their vehicle between 12 and 36 months and who visited an authorized dealer's service department for maintenance or repair work during the past six months. The 12- to 36-month ownership time frame typically represents a substantial portion of the vehicle warranty period. The study examines five factors to determine overall customer satisfaction with dealer service (in order of importance): service quality (22%); vehicle pick-up (20%); service facility (20%); service advisor (19%); and service initiation (19%). The customer satisfaction score measures the performance of authorized dealers in meeting customers' expectations of their after-sales experience. Satisfaction is measured on a 1,000-point scale.

The study finds the average amount of customer spending has decreased dramatically year over year, to RMB 3,480 from RMB 4,288 in the luxury segment, and to RMB 1,558 from RMB 1,710 in the mass market segment. The slump is due in part to government policies targeting the automotive industry. The two most impactful governmental mandates are the Guiding Opinions on Transformation and Upgrading of Automobile Service Industry for Service Quality Improvement policy, enacted on September 18, 2014, which encourages free circulation of spare parts; and the Provisions on the Liability for the Repair, Replacement and Return of Domestic-Use Automobile Products policy that took effect on October 1, 2013, which requires the warranty period to be not less than three years or 60,000 kilometers in mileage. Customer reaction to the regulatory changes has been favorable as the proportion of customers who perceive servicing costs to be reasonable has increased to 94 percent in 2015 from 88 percent in 2012.

Despite the four-year low in spending at authorized dealerships, there is an upward trend in the after-sales service market volume—including revenue from after-sales service and spare parts for maintenance and repairs. In 2014, the after-sales service market volume has increased by RMB 37.3 billion. Additionally, the 2015 study finds that a higher-quality service experience significantly impacts revenue growth. Specifically, among authorized dealerships that perform 60 points above industry average, service revenue increases by 8.82 percent and the rate of repurchasing increases by 0.66 percent. To put this gain into perspective: on an annual basis,  assuming that a dealership services 1,000 customers per year at an average spend of RMB 3,195 per customer, the increase in satisfaction could result in an additional service revenue of more than RMB 281,900. In terms of sales revenue, with an average purchase price of RMB 175,000, additional sales revenue could result in more than RMB 1.15 million.

Audi ranks highest among luxury brands, with a score of 812.

In the mass market segment, Dongfeng Citroën ranks highest with a score of 804, followed by Beijing Hyundai at 794 and Dongfeng Peugeot at 780. Domestic brands Dongfeng Fengshen (762), Chery (746) and FAW Car (740) rank fifth, sixth, and eighth, respectively. This is the first time three domestic brands have ranked among the 10 highest-performing brands.

The 2015 China Customer Service Index (CSI) Study, which examines 68 passenger vehicle brands, is based on street intercept and face-to-face interviews with 17,976 new-vehicle owners who purchased their vehicle between October 2011 and May 2014. The study was fielded between October 2014 and May 2015 in 51 major cities in China. 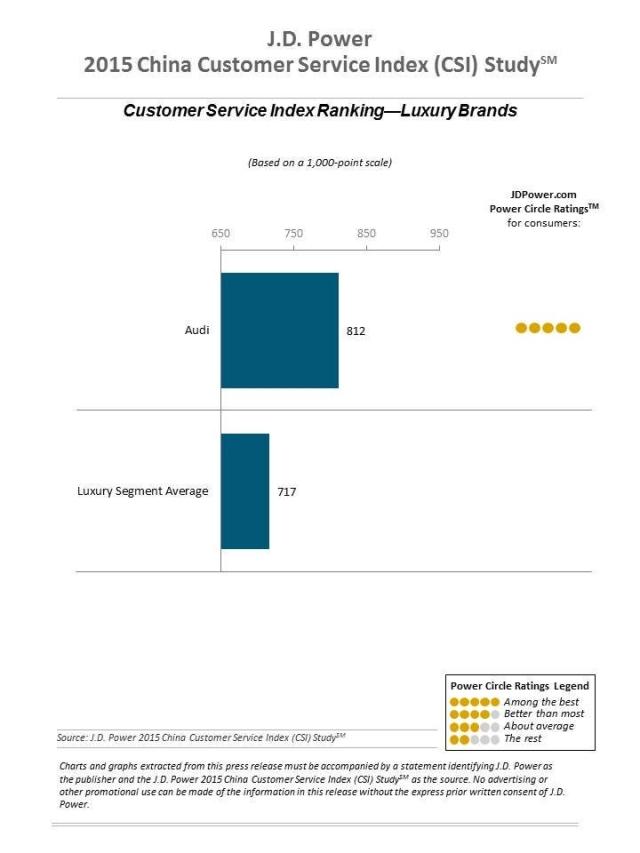 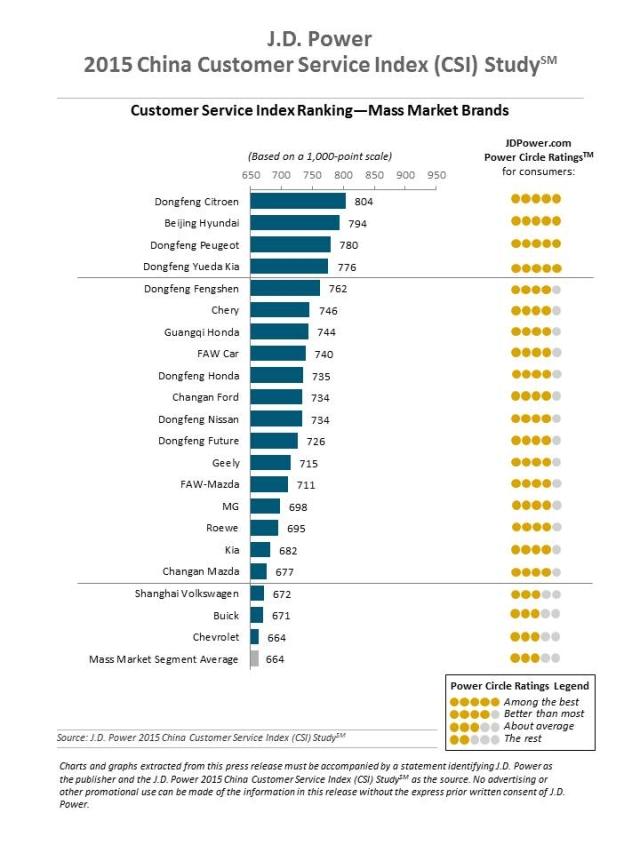 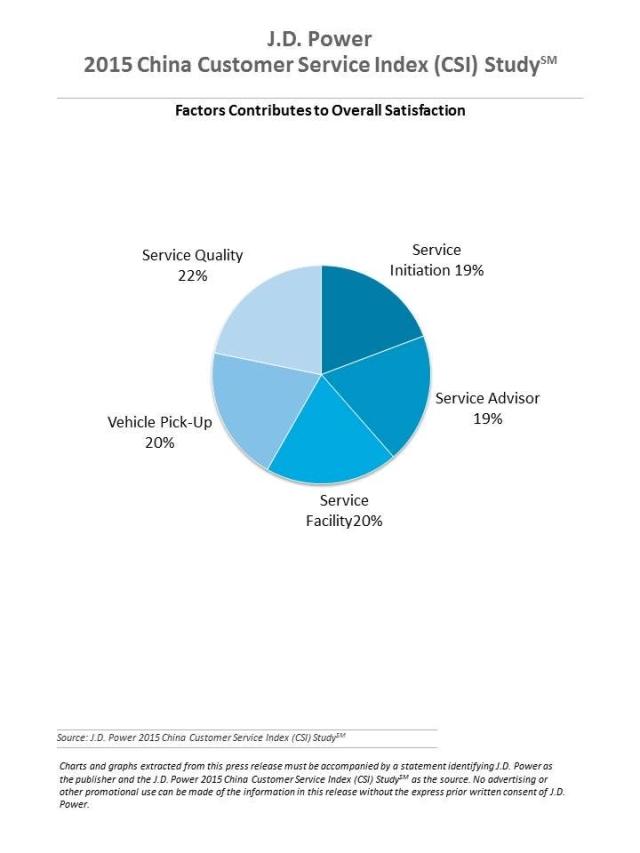