The APEAL Study, now in its 13th year, serves as the industry benchmark for new-vehicle appeal. It measures how gratifying a new vehicle is to own and drive based on owner evaluations during the first two-to-six months of ownership.

Following are some of the key findings in this year’s study.

“In the Chinese market, the perception of luxury and reliability, along with the presence of broad technological capabilities, drives overall customer satisfaction,” said Dr. Mei Songlin, vice president and managing director at J.D. Power. “Our study shows that there needs to be an ongoing effort to meet owner expectations with respect to the availability of the latest in-cabin features without deviating from the tried-and-true formula of providing excellent performance of this technology in order to attract and satisfy new-vehicle buyers.”

The 2015 China APEAL Study is based on evaluations from 21,611 owners of new vehicles purchased between October 2014 and June 2015. The study analyzes models in 21 vehicle segments and includes 270 different passenger-vehicle models from 71 different brands. The study was fielded from April through August 2015 in 57 major cities across China. Redesigned for 2015,[1] the study also examines 77 attributes across 10 vehicle performance categories: exterior; interior; storage and space; ACEN; seats; HVAC; driving dynamics; engine/ transmission; visibility and safety; and fuel economy.

[1]Due to redesign of the 2015 China APEAL Study, direct comparisons with previous-year index scores are not recommended. 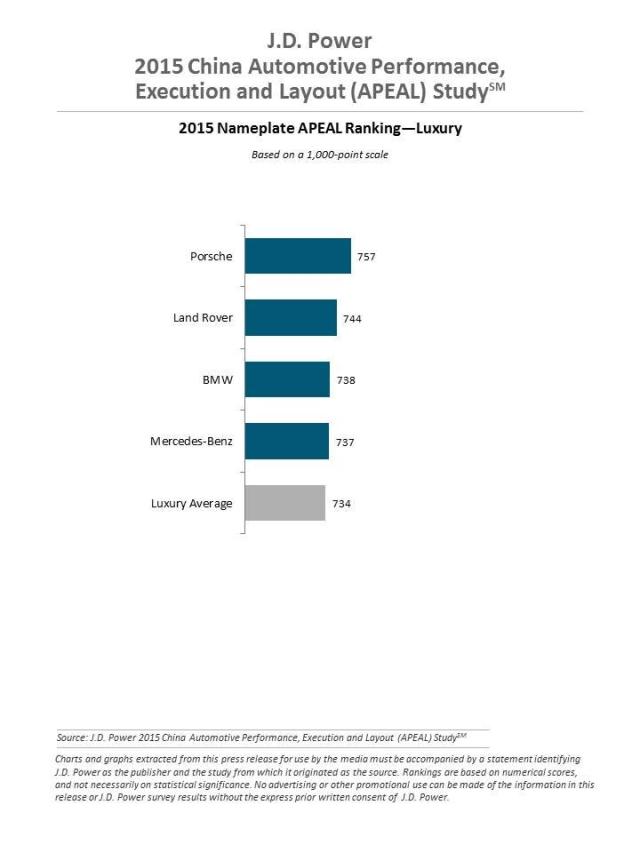 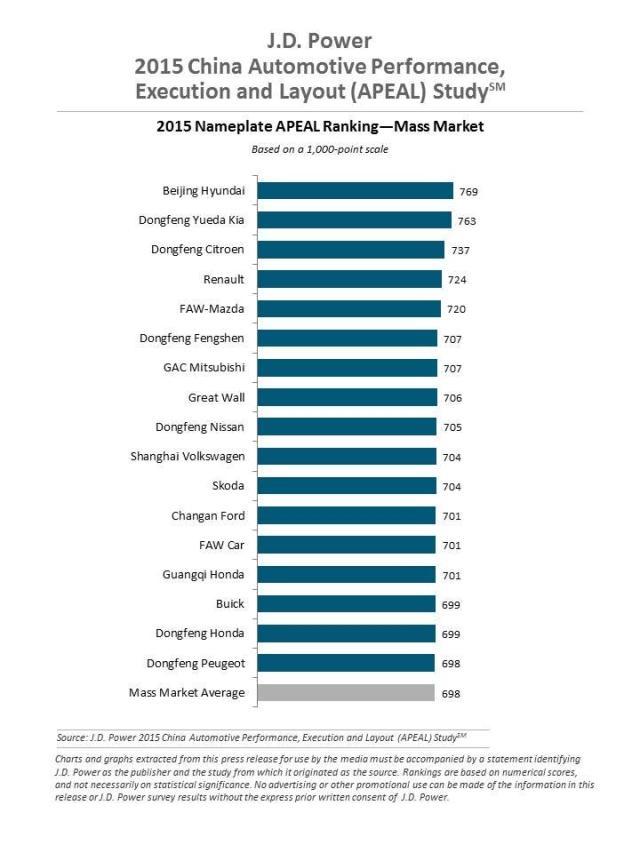 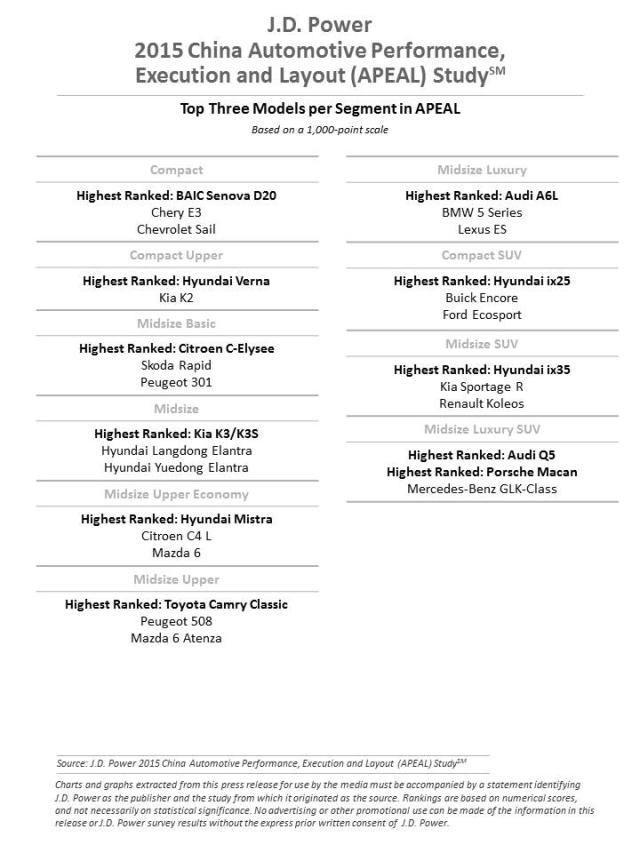