SHANGHAI: 19 Oct. 2016 — Cars with audio/ communication/ entertainment/ navigation (ACEN) features have the greatest appeal  to owners in China, yet automakers are not increasing installation rates of the technologies fast enough to meet consumer demand, according to the J.D. Power 2016 China Automotive Performance, Execution and Layout (APEAL) Study,SM released today.

The study finds that vehicles equipped with ACEN features, such as vehicle health report capability, outperform those without such features by 34 points (on a 1,000-point scale). Despite the significant impact ACEN features have on the APEAL Index across all vehicle segments, installation rates are increasing only modestly. For example, the proportion of Chinese domestic vehicles equipped with in-vehicle Bluetooth has increased 10% year over year, while the proportions of international brands and luxury brands equipped with the technology have increased by 5% and 2%, respectively.

“Equipping vehicles with ACEN features that have a broad range of capabilities that appeal to consumers represents a huge opportunity for automakers in the China market,” said Dr. Mei Songlin, vice president and managing director at J.D. Power. “An ongoing effort to meet owner expectations with respect to the availability and performance of the latest ACEN features is needed in order to attract and satisfy new-vehicle buyers.”

The China APEAL Study, now in its 14th year, serves as the industry benchmark for new-vehicle appeal. It measures how gratifying a new vehicle is to own and drive, based on owner evaluations during the first two to six months of ownership. The study examines 77 attributes across 10 vehicle categories: exterior; interior; storage and space; ACEN; seats; heating, ventilation and air conditioning (HVAC); driving dynamics; engine/ transmission; visibility and safety; and fuel economy.

Dongfeng Yueda Kia ranks highest among mass market makes, with a score of 765. Beijing Hyundai (757) ranks second, followed by Dongfeng Citroen and Jeep in a tie (720 each).

The 2016 China Automotive Performance, Execution and Layout (APEAL) Study is based on evaluations from 21,706 owners of new vehicles purchased from September 2015 through May 2016. The study analyzes models in 22 vehicle segments and includes 259 different passenger-vehicle models from 71 different brands. The study was fielded from March through July 2016 in 62 major cities across China. 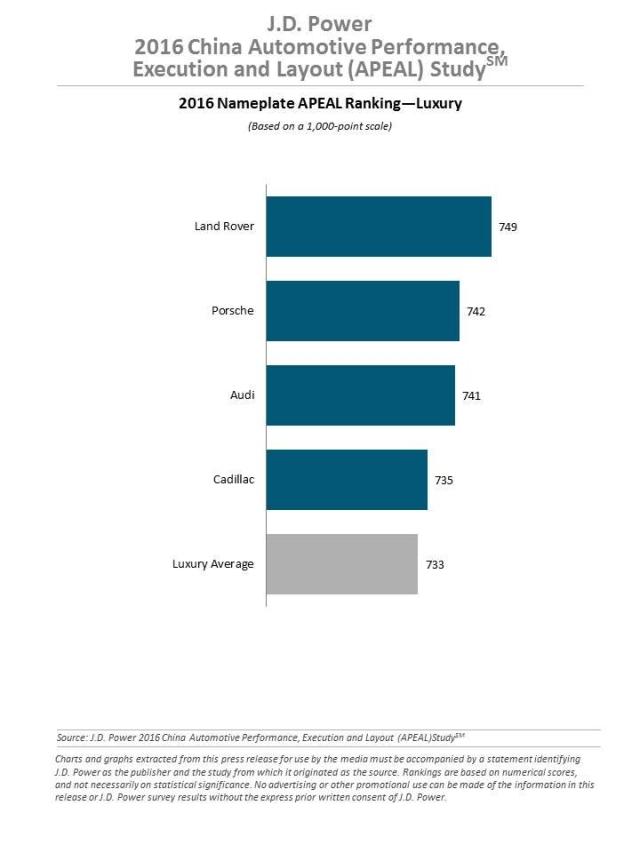 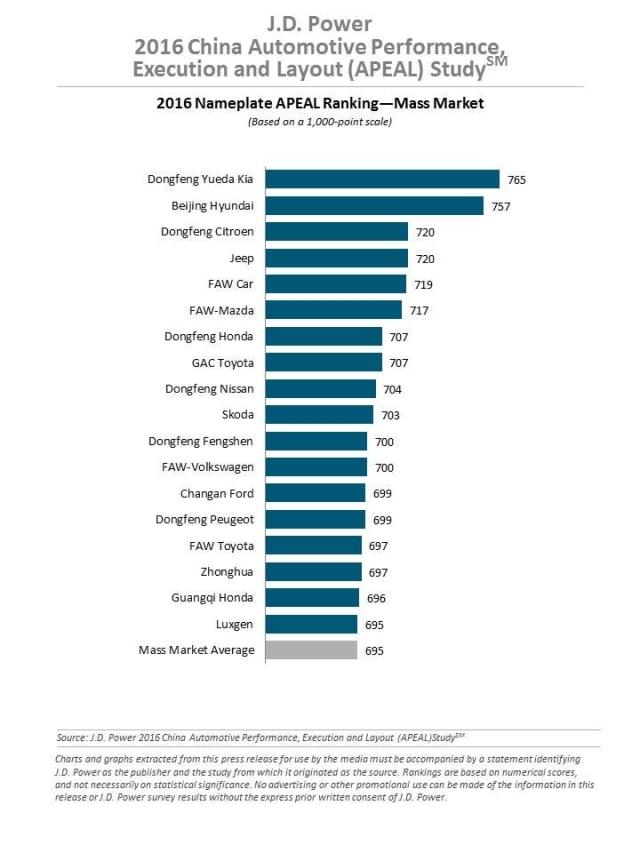 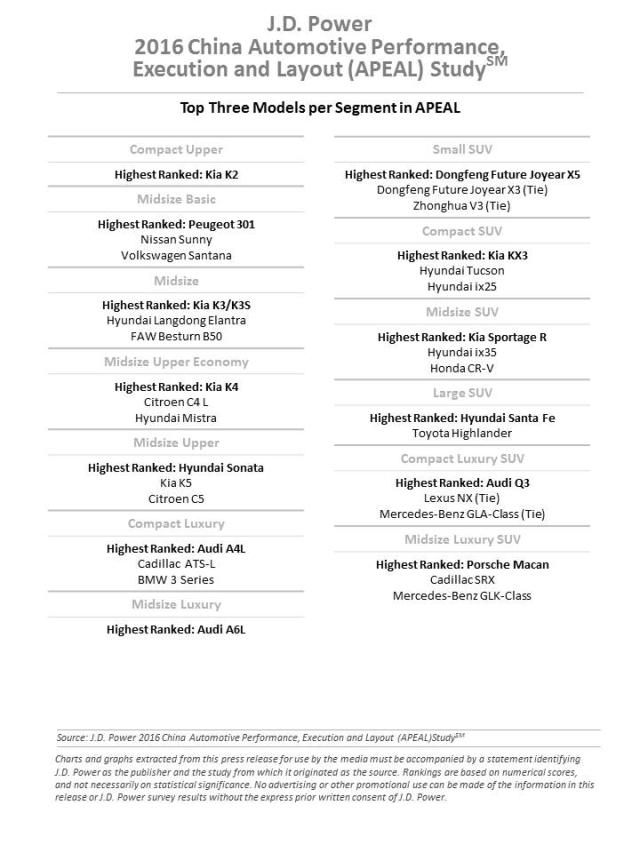